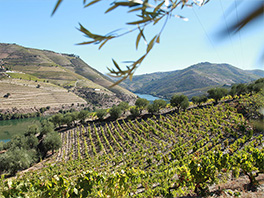 Situated in the Douro Valley, oldest wine region in the world, precisely in the Cima Corgo sub region, well-known for premium wines with great aging capacity.

Composed of a strongly laminated metamorphic rock called schist. This is a very nutrient-rich rock with good permeability, allowing a good penetration of the roots of the vines. Also schist has a high capacity to retain heat during the day and subsequent release during the night, allowing reduction of the daily temperature variation. 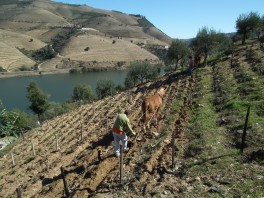 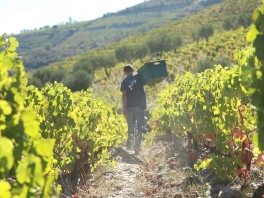 Sets up the popular expression “Nine months of winter and three months of hell” characterized by very cold winters and hot, dry summers. The western mountains protect the valley from condensation, imposing a dry with low humidity microclimate.
Quinta Carolina’s vineyards are all exposed north, allowing us to get less abrupt ripeness and, due to the depth of its roots, old vines resist the intensity of the heat seeking coolness in soil.

Structured in narrow terraces and steep slopes, the vineyards of Quinta da Carolina besides being old vines are classified with the letter “A”.
Our vineyards are a heritage composed mostly by Touriga Franca, Tinta Roriz, Touriga Nacional, Tinta Barroca, Tinta Carvalha, Tinta Amarela, Tinta Cão, Sousão, Rufete, Tinta Melra, Malvasia Preta, Tinta Francisca, Bastardo, among others. A wide diversity of native varieties allows us to make wines with unparalleled features and character. 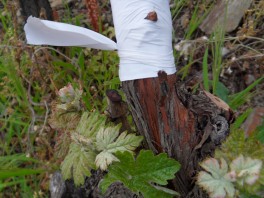 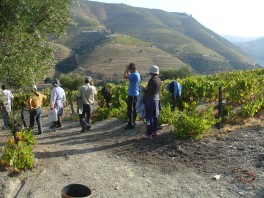 The Respect for old systems vineyard layout and reducing the use of synthesis chemicals, replacing them with organic compounds, is our priority. Practice viticulture oriented to avoid any artificial interference to a minimum, in the vineyard and in the ecosystem.

The vititculture is in charge of Eng. Luís Pedro Cândido da Silva.

Oenological operations performed in our cellar seek simplicity and minimal intervention, using traditional methods.
Especially the respect for the essence of the wine and believe in global work in the vineyard.
Oenology is in charge of winemaker Luís Pedro Cândido da Silva. 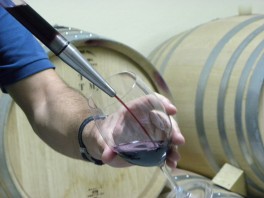